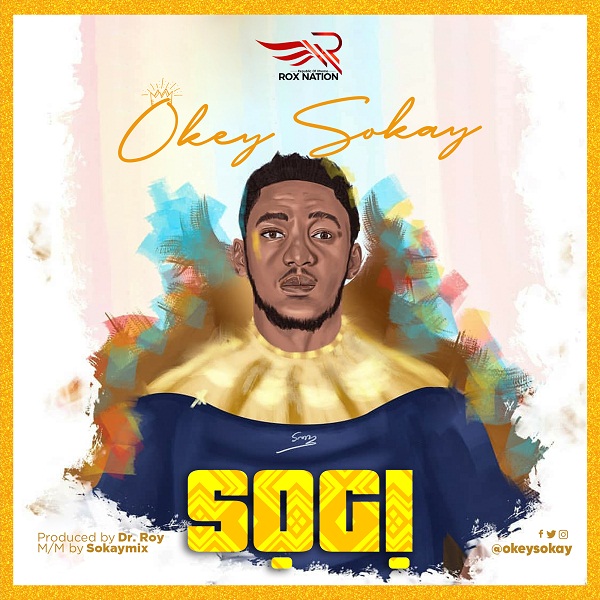 After his previously released single GOOD (Jesus you are so good) which has now become an anthem around the world, ROX Nation Signed Artiste Okey Sokay is set to drop another follow-up single that would definitely be on the lips of every tribe, nation and people all around the world.

“SOGI” (which is the Igbo way of saying “Only You”) is a song of thanksgiving. Infused with melodies that’ll trigger uncontrollable emotions and lyrics that’ll leave you deeply grateful, “SOGI” is a sound that will get stuck in your heart effortlessly.

In his words, Okey Sokay:

“This song was birth from a place of “looking at where I come from and where he has brought me to; The seasons where I was insulted, disregarded, laughed at; when I had to sleep on a bare floor for a period of 2 years, sleeping from one studio to the next for 4years, even when I almost had my arm and leg amputated and how I struggled to pay my fees through school. Going down the memory lane and seeing where I’m at currently I can only say THANK YOU JESUS CHRIST FOR ALL YOU’VE DONE FOR ME”
The song which has @Timgodfreyworld as the Executive Producer was produced by @Drroysignature and Mastered by @Sokaymix.

Audio: Eneada – You Have Done It All